Women’s Courage Can Change the World

Fall is the time when magazines and newspapers are nominating persons for the title of “The Person of the Year.” Maybe, the best and unexpected candidate for this title in 2020 is Women of Belarus. 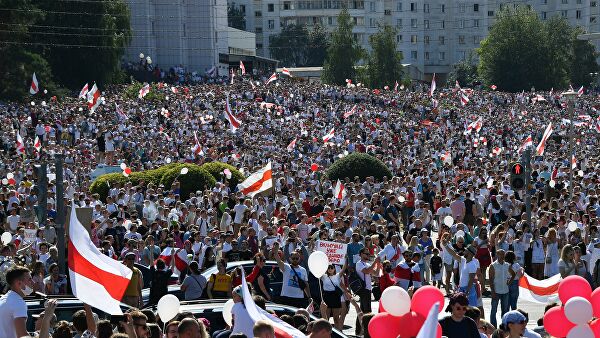 This summer, women of Belarus have become the face of the movement for a fair presidential election in this Eastern European country. But when the election results on August 9 were falsified, and Aleksandr Lukashenko again declared himself president, it was women who led a democratic, peaceful movement around the country against the power of Lukashenko, who has led the country for 26 (!) years.

The election campaign was accompanied by the arrests of opposition candidates and hundreds of their supporters. Two main rivals were arrested, and a third was allowed to leave the country.

At that moment – unexpectedly for everyone – women united to elect one of them as President of Belarus.

Three women set up election campaign headquarters. These were Svetlana Tikhanovskaya, wife of one of the arrested candidates; Maria Kolesnikova, member of the team of the second arrested candidate; and Veronika Tsepkalo, the wife of a candidate who was forced to leave the country.  They had only a little time.

In short weeks they met with thousands of people around the country, explaining their position for a free and fair election. And people believed them. They believed these three women who found themselves in incredibly unfamiliar circumstances and took responsibility for these circumstances. Their behaviour was honest, free, and responsible.

Four weeks later, one of them, Svetlana Tikhanovskaya was on the ballot. According to hundreds of sources, she won the majority of votes in the elections on August 9. But President Lukashenko declared that he had garnered more than 80% of the votes. After that, Belarusians took to the streets.

“The fearlessness and strength of the spirit of the other women help each one to believe in themselves, to overcome themselves, their habits “to go with the flow,” “to stay away from politics,” and not to notice what has been happening in their homes and the country in recent years.”

Belarusian women became the main participants in peaceful protests in all cities of the country – look at the photos! Despite police and army brutality on city streets, torture against thousands of arrested people across the country, dismissals from jobs, and new arrests, they are repeating and repeating – “We are not scared.” They continued to protest against election fraud. They said they no longer wanted to see Lukashenko as president of their country.

In front of the eyes of the whole world, women are changing their country. The fearlessness and strength of the spirit of the other women help each one to believe in themselves, to overcome themselves, their habits “to go with the flow,” “to stay away from politics,” and not to notice what has been happening in their homes and the country in recent years. Solidarity of Belarusian citizens and people from other countries, support of the media and social networks make them stronger.

Today thousands of Belarusians have been arrested. The members of the Coordination Council, created after the elections to organize the process of overcoming the political crisis, were arrested. Only Svetlana Alekseevich, a writer and Nobel Prize winner, remains at large. Svetlana Tikhanovskaya and Veronika Tsepkalo were forced out of the country under pressure. Maria Kolesnikova is now in jail… And Lukashenko was sworn in at a secret urgently ceremony on September 23.

The protest does not subside. Thousands and thousands of women of all ages and professions continue to take to the streets of cities and towns. They protect men, children, and themselves. And they believe in a future without a dictator.

Their daily behaviour is a brave deed; therefore, Women of Belarus maybe consider a candidate for the title of the Persons of the Year 2020. 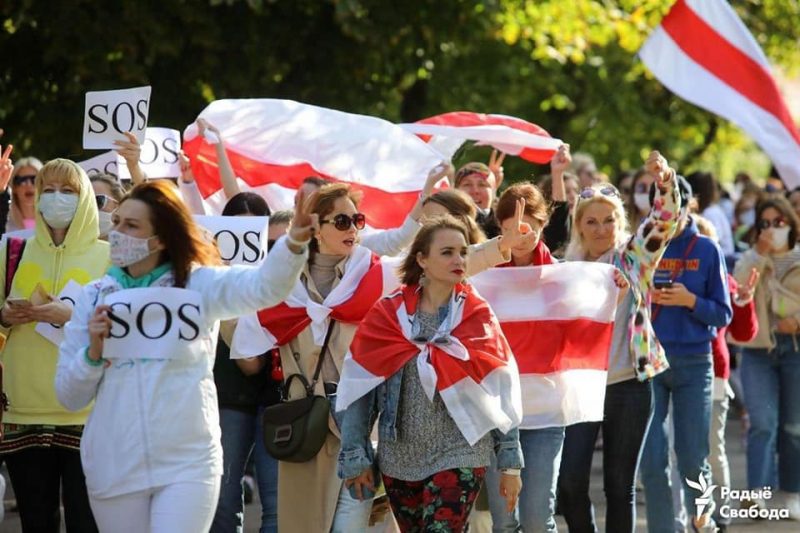 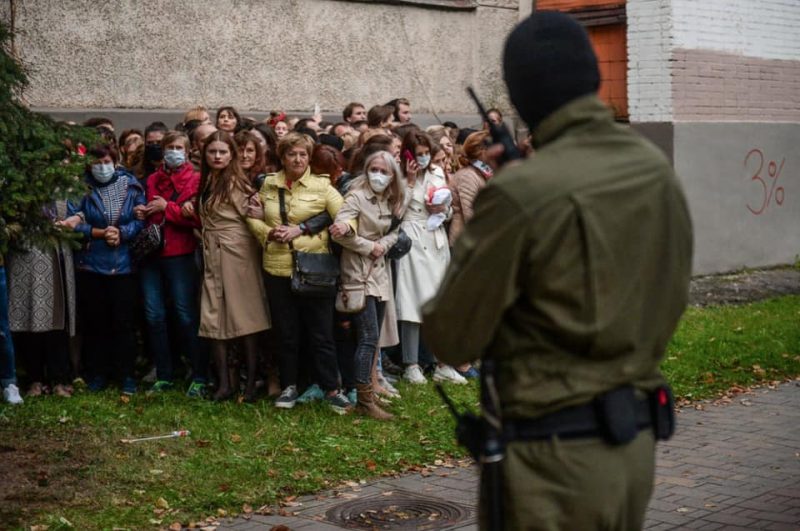 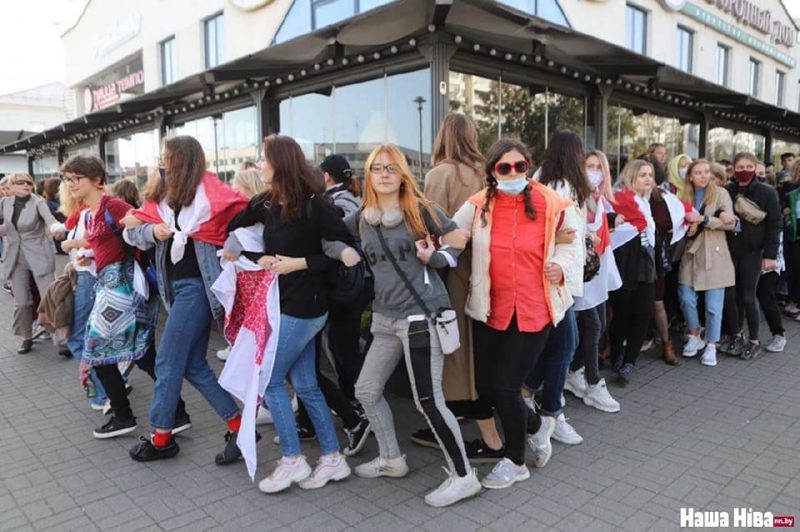 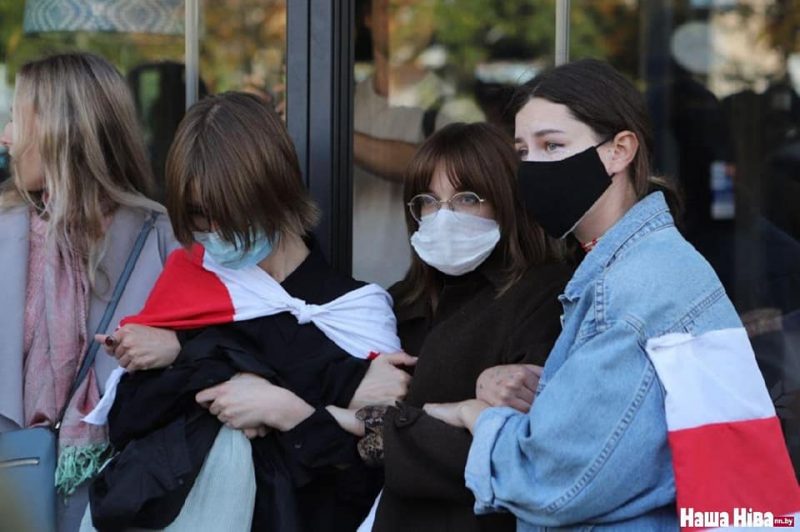 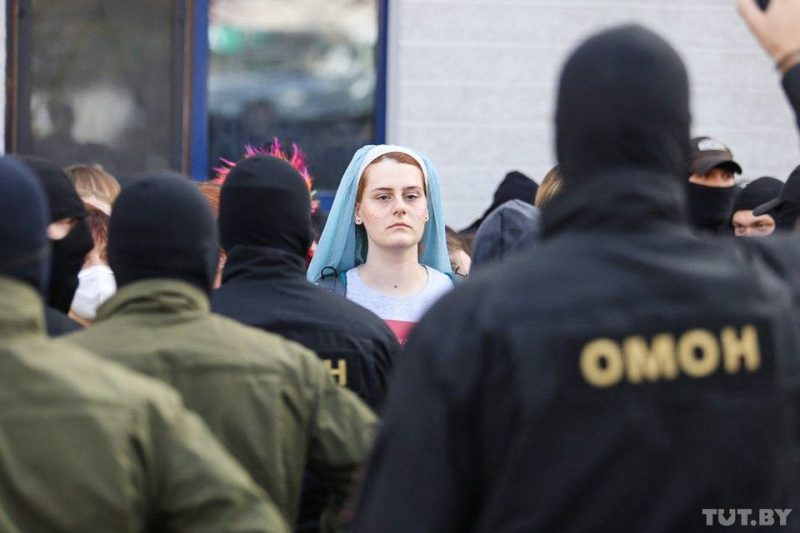 Journalist and psychotherapist Irina Umnova arrived in Canada in 2015.  In Russia, she was Deputy Editor-in-Chief of the international project Psychologies Magazine for 12 years. In Toronto, Irina received the license of the Registered Psychotherapist and conducts a private practice.

She was born in the Soviet Union which was split into 15 countries in 1991. Belarus, like Russia, was part of the USSR. The countries have a common past, a common language (most Belarusians speak Russian), a common culture.