The Only Friends I Had

A young university student ends up in a dorm with the four “Pink Girls.” She tries to escape their bullying but only succeeds when she reconnects with a pair of old friends.

My university dorm roommates were Lili, Big Sa, Ling, and Hou. They had two things in common: no smiles and experience in bullying. Those four roommates went to class together, ate together, did everything together. Lili named their clique “the Pink Girls,” after a popular TV show. She considered herself the most beautiful one. Big Sa was the executive who threatened me: “You won’t believe what happened to my last dorm-mate? She was dead meat.”

I was 17 and suitably petrified.

I was not a  Pink Girl. In the beginning, in class, I tried to sit with my roommates, but Lili stood up and stalked off contemptuously. Then Hou picked up her bag and followed.  All four of them newly seated. I suffered in silence. After that, I stayed as far away from them as I could.

I tried to find a music room where I could play my accordion, but no luck. In the evening, the dorm was usually empty since all the students studied in the teaching building. So I decided to play there. To my surprise, LiLi was in the dorm. She started yelling at me. After that, she was always in the dorm like it was her exclusive property. 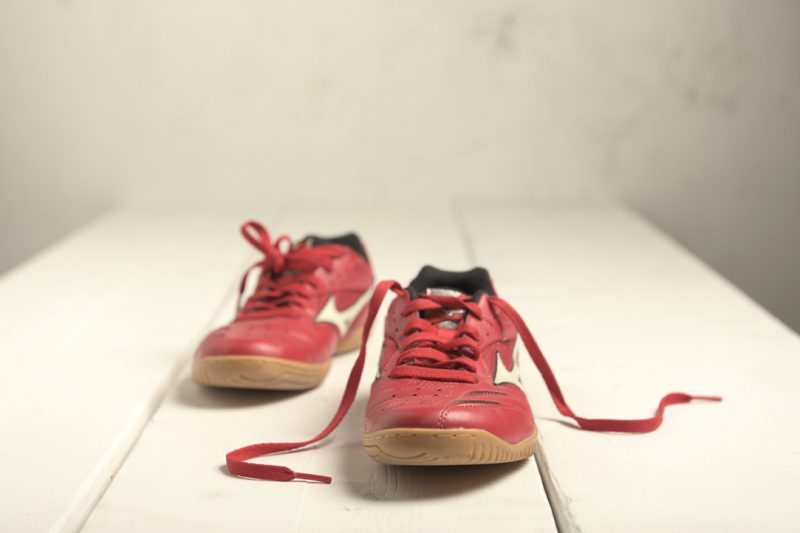 “My bright red ping-pong shoes. I remembered how they cushioned and supported my feet while I played, how the soles gripped the floor. As soon as I put them on, I knew they were my only friends.”

My accordion fell silent. I stayed out studying as late as I could. But Lili was like a dog that bites. Whenever I went back, she would bare her teeth and look for more faults in me. Every morning when I woke up, my nerves would start to jangle, and Lili would start barking again. Then Big Sa, to show her absolute power, would slam the door in my face.

One day,  LiLi told me to move out. I replied, “Is the school yours?” Lili started barking again. It was too hard to decipher what she was vomiting out. Not human language. But the next thing I knew, she had gone to a teacher. The teacher came to the dorm and, instead of defending me, offered tips to the Pink Girls. With the support of the teacher, the Pink Girls started ranting, “Kick her out of the university!”

I went into a classroom and collapsed over a desk. After a while, I managed to calm down and ask myself, “Aren’t I the victim? Yet the teacher denied me even that. But what did I want? Did I want them to eat with me and sit beside me? To be friends with them? Even if it were possible, what could I do with them? Bully some new target?”

I wished I could be relocated to a different dorm. But it was too late for that.

When I got back to my dorm, I saw my silent accordion. I packed it up to ship back home. Behind it, were my bright red ping-pong shoes. I remembered how they cushioned and supported my feet while I played, how the soles gripped the floor. They still looked brand new. As soon as I put them on, I knew they were my only friends other than my accordion.  Yet I felt calm. Confident. 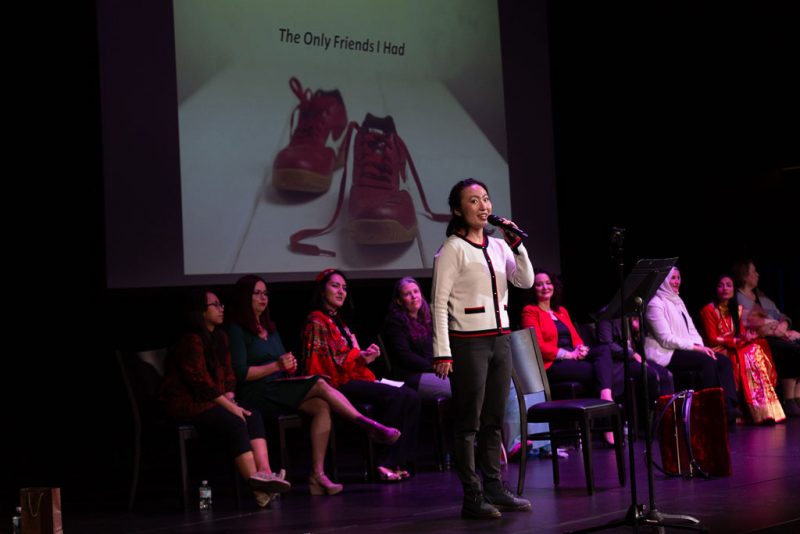 I joined the university ping-pong club. I could forget the existence of the Pink Girls there. We played in the university league. We lost all tournament except one win but only laughed that we were indeed more brain than brawn.

It was putting on those shoes that saved me.  They brought me back to a sport I loved. Gradually, I learned that if my mind could stay tranquil and occupied with positive thoughts, I would not easily fall prey to the Pink Girls. In my ping pong shoes, every move was up.