The ‘village’ that saw us through childhood is falling apart 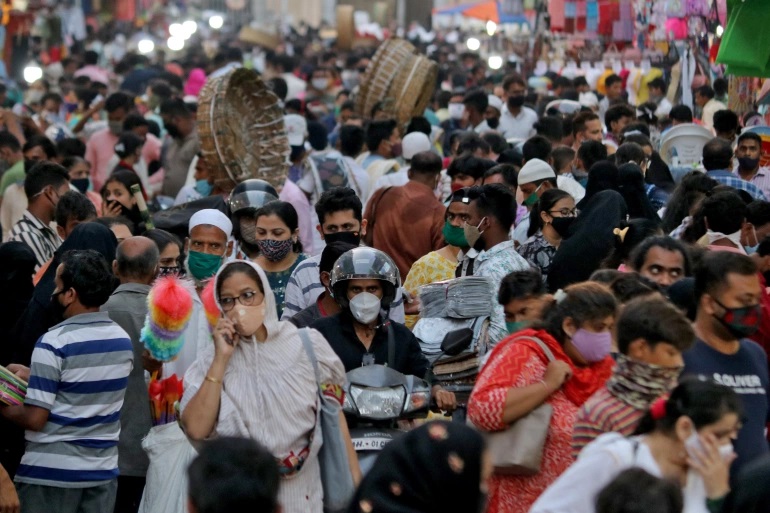 Almost 14 months into the pandemic and it suddenly feels like it’s got me.

I live in Mississauga, Ontario with my husband and adult children, while the rest of my immediate family live in India.

My sister and I grew up in a modest flat in south Mumbai. There, the adage ‘it takes a village to raise a child’ was very true. The narrow alleys between low-rise apartment blocks would transform into a cricket pitch on the weekend, and the retaining wall over two garages into a badminton court.

We found a way to hide after our cricket ball would smash a window here, or upset chillies meticulously laid out to dry on a terrace platform.

The famous ‘maidan’ or playground, a rarity in the congested city, was our go-to place to play, escorted by an uncle or aunty. All our neighbours were “uncles and aunties”. Each one looked out for the others’ kids.

The doors seem to be closing on India. Ottawa is suspending all flights from India for 30 days.

Although our cricket alley has been taken over by parked cars in the years since I left, and there are fewer places to play, the maiden still stood. I took my kids once to stomp along the same ground I had spent many hours running around as a toddler and a teenager.

All this until Covid struck.

Mumbai came to a standstill. Crows took over the roads. Buses, trains, cars, rickshaws, lorries and most means of transport came to a screeching halt in one lockdown after another.

My weekly calls to my parents and family chats increasingly became Covid-centric.

When they became eligible and took their first “made in India” AstraZeneca vaccine shot, I was hopeful I might soon get a chance to go to see them.

But now that has changed. Two of my neighbours, both grandfathers, contracted Covid and died within 24 hours. They were part of the village that raised us. We always went over to ask for water half-way through our play. They plied us with sweets and allowed us to play with their dog. It was their windowpanes we smashed while playing cricket.

And there is more ominous news out of India. The new variant is raging amid a case surge. Hospitals are being overrun. Oxygen tanks run empty.

My parents, one pushing 80 and the other 82, both tested positive for Covid. They had done all the right things, obeyed all the rules. They fastidiously wore their masks, stayed home, took their shots.

But not everyone did. The Kumbh Mela, which had over 3.5M people converge on the banks of the River Ganges, turned into a super spreader event.

Now funeral pyres are burning where playgrounds once stood. Crematoriums are melting with the pressure of an endless line-up of bodies bundled up in Covid protocol.

And the doors seem to be closing on India. Ottawa is suspending all flights from India for 30 days.

A fifth of humanity is adrift.

Teenaz Javat has been involved with The Shoe Project since its inception in 2011. She is Indian by birth and Canadian by choice.