An interview with Nurdjana de Rijcke, Canmore musician and The Shoe Project alumna, is on Mountain FM 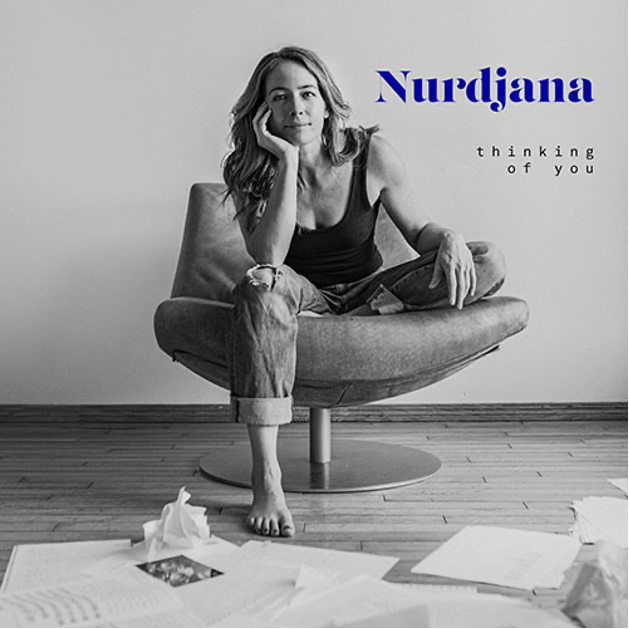 NURDJANA: I just released my first single in December. I think the most interesting part about it is that it’s written by my dad who passed away eight years ago. I made music together with him since I was little. When he passed away and I moved to Canada, I lost my motivation to make music. Last year my kids started digging into my sheet music and turned my dad’s sheet music into paper airplanes, and I was like, okay, I’ve got to do something about it. Then we found ourselves in a pandemic and all these amazing people I worked with at Banff Centre got let go, which was really sad, but I had all these people I could ask to help me out to record with me. We actually worked on publishing a book with all my dad’s songs. I’m just going to record them and reimagine them.

ROB: I’ve known you for some time through our local improv group, the Mountain Improv Alliance. I did not realize you were a musician.

NURDJANA: When I immigrated and my dad passed away, and then my mom actually passed away around that time too, I was a bit shy. Improv was a really good way to get me out of my little shy mode. I also didn’t really know where to start, because I always played with my dad and I had a really big network back then in Holland. Coming to Canmore was like – how do you do this again when you start from the bottom? I became a mom to two little kids so I didn’t have a whole lot of time either, but the good thing about that is that my motivation is so high. After putting the brakes on this for eight years, I’m so stoked to be back.

“Bringing my father back to life through his music”

ROB: Before he passed, did your father ever record any of these songs himself?

NURDJANA: What really surprises me is that he never really put any money into it. He was an amazing songwriter, he won some prizes, and he definitely made it on to the radio with a bunch of stuff, but he never really invested in himself, and he was also really modest. I’m finding a lot of old recordings from him, like things that he recorded in the attic, and I’m like, wow, you created that? Why did you not do anything with that? It’s so cool to find all that old stuff and turn it into something that is also a little bit more.

ROB: Are these, all your dad’s songs that you’re recording? Are you recording anything that you’ve written?

NURDJANA: I’m finding old song ideas from him that he emailed to me when I had just moved to Canada. I’m starting to finish some songs that he started composing. In March, I’m trying to release a song that we basically wrote together. He started it and then Ed Renzi from Banff Centre and I finished it.

ROB: Do they bring back memories? Do you remember performing them with your dad as a child or hearing them?

NURDJANA: Memories are coming back. For example, the single I just recorded, all of a sudden this memory came back. We played this in a really big church together.

ROB: Tell us a little bit more about this first song you’ve released. What can you tell us about Thinking of You?

NURDJANA: He wrote it in the 90s. We started playing it in a band when I was in my teens. When I was around 20 I started traveling, so we didn’t play a whole lot of music together and I forgot about this song. Then as I was going through all these bins with little cassette tapes and old-school recording devices, I found the song. I actually didn’t know he had this version of the song. It was really beautiful. It’s super acoustic and intimate, a bit dreamy as well. With Thinking of You, I immediately wanted to record it, and I found someone who wanted to record it with me, so that was great.

ROB: What’s the experience been like going back through the archives of your dad’s music and reconnecting with your history?

NURDJANA: It’s really cool. It brings him a little bit closer because music was how we always bonded. We played so much music together. At times it’s also really sad, because I’m working on all these things and it feels like he’s sort of here through his music. It feels really good to put his music in a spotlight.

ROB: What’s coming up next?

NURDJANA: I’m releasing two more singles. One in February, and then as we speak a guy I’m working with is mastering another single. In March, I’m hoping to go to Holland. With all the craziness going on I’m not sure if that’s going to work, but I’m supposed to record an EP with a guy there, so really hope that’s going to work.

ROB: Where can people find you online and find your music?

NURDJANA: The easiest thing is probably to go to my website.

You can listen to the interview here

Nurdjana de Rijcke is a Canadian vocalist who was born and raised in the Netherlands. She’s been immersed in music ever since she was little and tagged along with her dad to his performances. Her dad was a singer/songwriter and guitarist and when Nurdjana started singing it was only natural to start making music together. She moved to Canada eight years ago to live with her Canadian partner, after they met on a climbing trip in Spain. After a successful career as a journalist in the Netherlands, she settled into a slower pace of life in the Canadian Rockies.

Nurdjana participated in The Shoe Project in Canmore.

Here is her story