In the big, silent room I could hear my breathing. My sons Omar and Zaid were frozen in fear.  Their eyes looked at me, asking, “Are we safe? Is our journey over? Is our dream coming true?”

We were in the Canadian border investigation room. I smiled and said to him in Arabic, “We’re safe now. You can do and say what you want.” They shouted, “Yes!” Happiness shone in their eyes. Their laughter broke the dreadful silence. Zaid started dancing with our umbrella right in front of the officers. Omar put his head on my lap and fell into a deep sleep. He started to snore.

It was the end of a long journey from Saudi Arabia to the United States, then to Canada.  We had come because life was unliveable in Saudia Arabia. My husband was abusive. But the specter of going back to Syria haunted us. When we got a tourist visa to the US, my husband didn’t want to go, so I took my kids and we went on our own.

But when we landed in New York, we were haunted by a different fear: that the US authorities would deport us before we could get to Canada, our real destination. My parents and brother were waiting for us. We hadn’t seen each other for nine years since they immigrated to Canada. I was desperate to see them.

“What if they catch us?” my son asked as we went through US customs. I looked in their eyes.  “Don’t think like that. Just focus your mind on one idea, that we will get to Canada.”

This helped us hide our fear when we showed our visas to the passport officer.

Now we were in the big, silent room at the Canadian border. We spent a whole day in that room. The investigators came and went asking questions over and over. But now they couldn’t hear my answers because of Omar’s snoring, which echoed in the big cold room.

The officer spoke louder but kept looking at my sleeping son with concern.

Finally, she told me, “Why don’t you leave for the night and come back in the morning?” 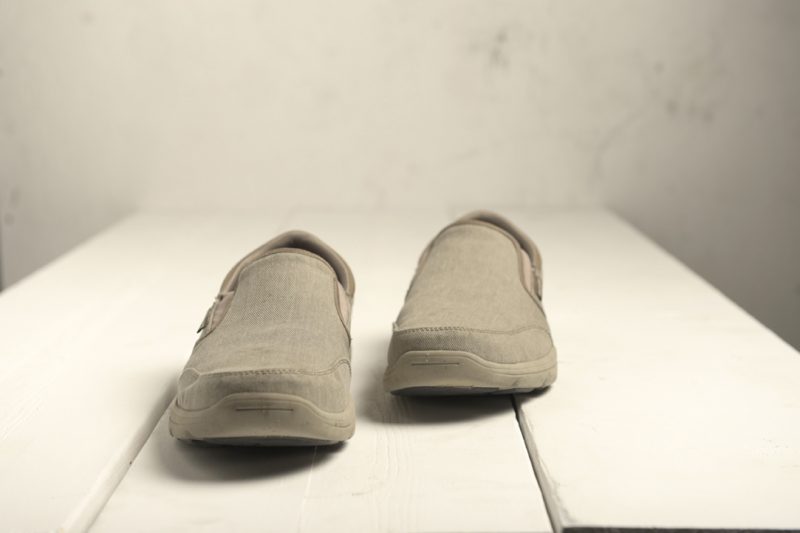 “Suddenly the door opened, and I saw a pair of brown canvas slip-on shoes, shoes for an old man. In Syria, my father always wore very expensive dress shoes. He was a musician. He was always elegantly dressed. But I looked up, and my dad was the old man in ordinary shoes. Behind him was my brother! For a few seconds, I couldn’t move. I couldn’t believe it was them.”

I was happy to be allowed to leave, but I wasn’t sure where we could go. My family was supposed to meet me. But now it was almost midnight.

Suddenly the door opened and I saw a pair of brown canvas slip-on shoes, shoes for an old man. In Syria, my father always wore very expensive dress shoes. He was a musician who worked for the Department of Folklore. He was always elegantly dressed.

But I looked up and my dad was the old man in ordinary shoes. Behind him was my brother! For a few seconds, I couldn’t move. I couldn’t believe it was them.

I hugged my father and took deep breaths to smell his father smells. I kissed his forehead and hands. I hugged my brother next. He was my soul-mate, the one who had looked out for me when we were kids. Now he was supporting me and my kids because I was a single mother. He was the source of my strength.

Then my brother surprised me. “Happy Birthday!” he said.

“Is it my birthday?” I asked. I completely forgot.

I said, “Papa, where are your beautiful shoes?”

He told me, “Iman, I’m getting old. I’m forgetting things. These shoes are easier to put on.”

Now we were all together. We could be my father’s source of strength in his old age.

Iman Al Jarsha was born in Syria. She and her two boys came to Canada as refugees.